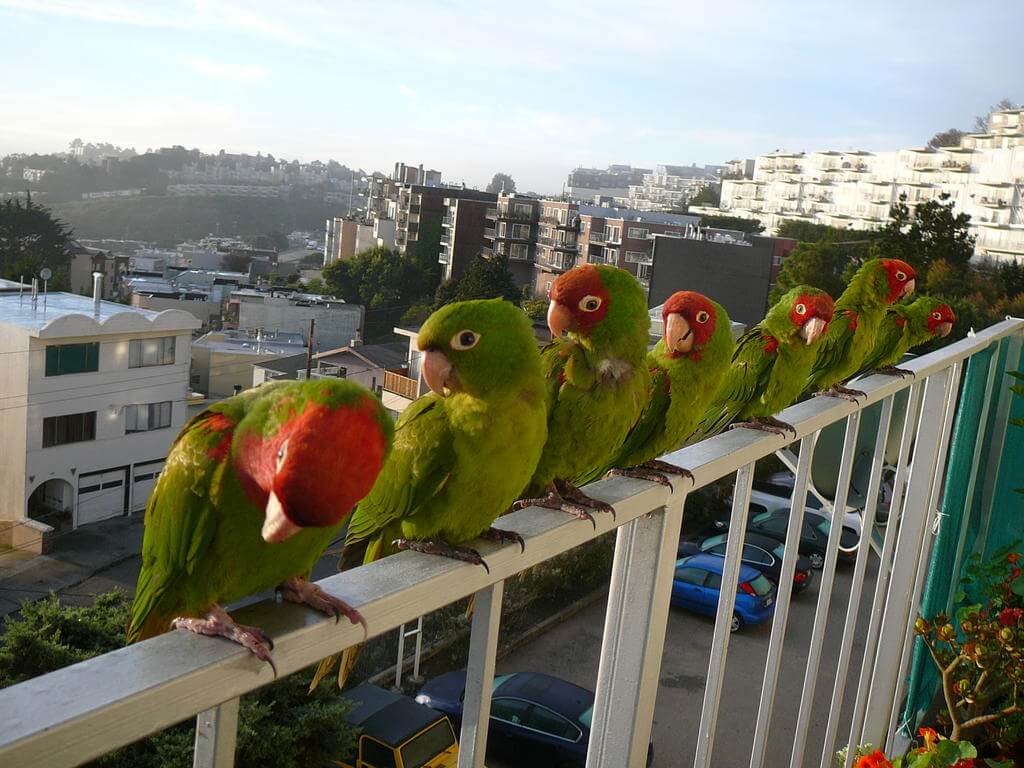 Where To Find San Francisco’s Parrots

By brianfreeman July 3, 2019 No Comments

Legend has it that over 200 colorful, feral birds have set up camp among the urban streets of San Francisco. Originally found in the Telegraph Hill neighborhood, these parrots have sparked much curiosity among locals, even inspiring a book called The Wild Parrots of Telegraph Hill.

Mark Bittner, author of said book, has become the de facto expert on these legendary parrots. His book inspired the making of Judy Irving’s documentary by the same name that follows the parrots and Bittner himself, for which you can watch the trailer below.

According to Bittner, the birds primarily consist of red-masked parakeets, native to Southwestern Ecuador and Northwestern Peru. There is not much certainty about how the parrots came to San Francisco, but the first of the flock apparently wore quarantine bands, indicating that they were imported before the U.S. restricted such imports in 1933. It is likely that some of the birds were adopted as pets and then set free by unhappy owners when they discovered that the parakeets did not make kind or gentle house pets.

The parrots have been growing in numbers for decades, and each individual bird can live to be over 35 years old. Rather than nesting, the parrots use pre-existing holes in trees to establish their homes, protecting themselves from the many predatory hawks that also thrive in San Francisco. A variety of other animals pose a threat to the birds, too, such as cats and a specific roundworm that can invade their spinal cords and brains.

Human interference has also been a problem when it comes to these parrots, as some curious or malicious San Franciscans have been known to attempt to capture the parrots in spite of their noisy and aggressive nature. People have also been seen feeding the parrots by hand, despite the fact that feeding wild animals is prohibited by law in San Francisco.

If you’re interested in catching a glimpse of the famous wild parrots without attempting to feed or capture them, they have been known to inhabit several areas of the city. Telegraph Hill is one of the best spots to look, especially around the Greenwich Street Stairs or the Filbert Street Steps. Other places they have been spotted include Upper Fort Mason, by the Golden Gate National Recreation Area headquarters, and on the Embarcadero in the palm trees off of Justin Herman Plaza.

We can help you find them! Join one of our fun & informative tours!