By brianfreeman July 5, 2019 No Comments

Henry Meiggs created the wharf as “Meiggs Wharf” to serve the lumber trade. Meigg’s wharf was always a spot for the fishing fleet, swimmers, and sunbathers. The Ghirardelli Chocolate Factory (now a shopping mall) launched the wharf’s heightened popularity. In the end though, Henry Meiggs was chased out of town by a posse acting on behalf of his creditors. Meiggs died in Peru in 1877, not long before the cable cars started clanking down to the great wharf he envisioned. 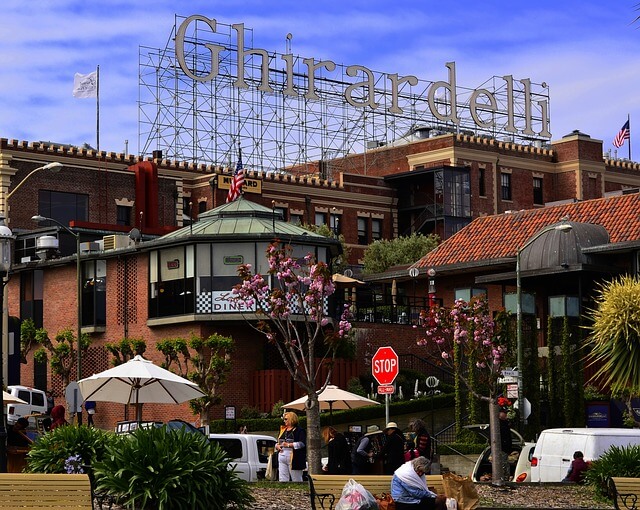 The western end of the wharf started to boom just before the turn of the century when the Ghirardelli Chocolate Factory moved into the old Pioneer Woolen Mill, which had made blankets and uniforms for the Union army in the Civil War. At about the same time in an adjacent brick building, Marco Fontana formed the California Fruit Canners Association. Once the largest canning operation in the world, it shipped with the Del Monte label until the 1920s. 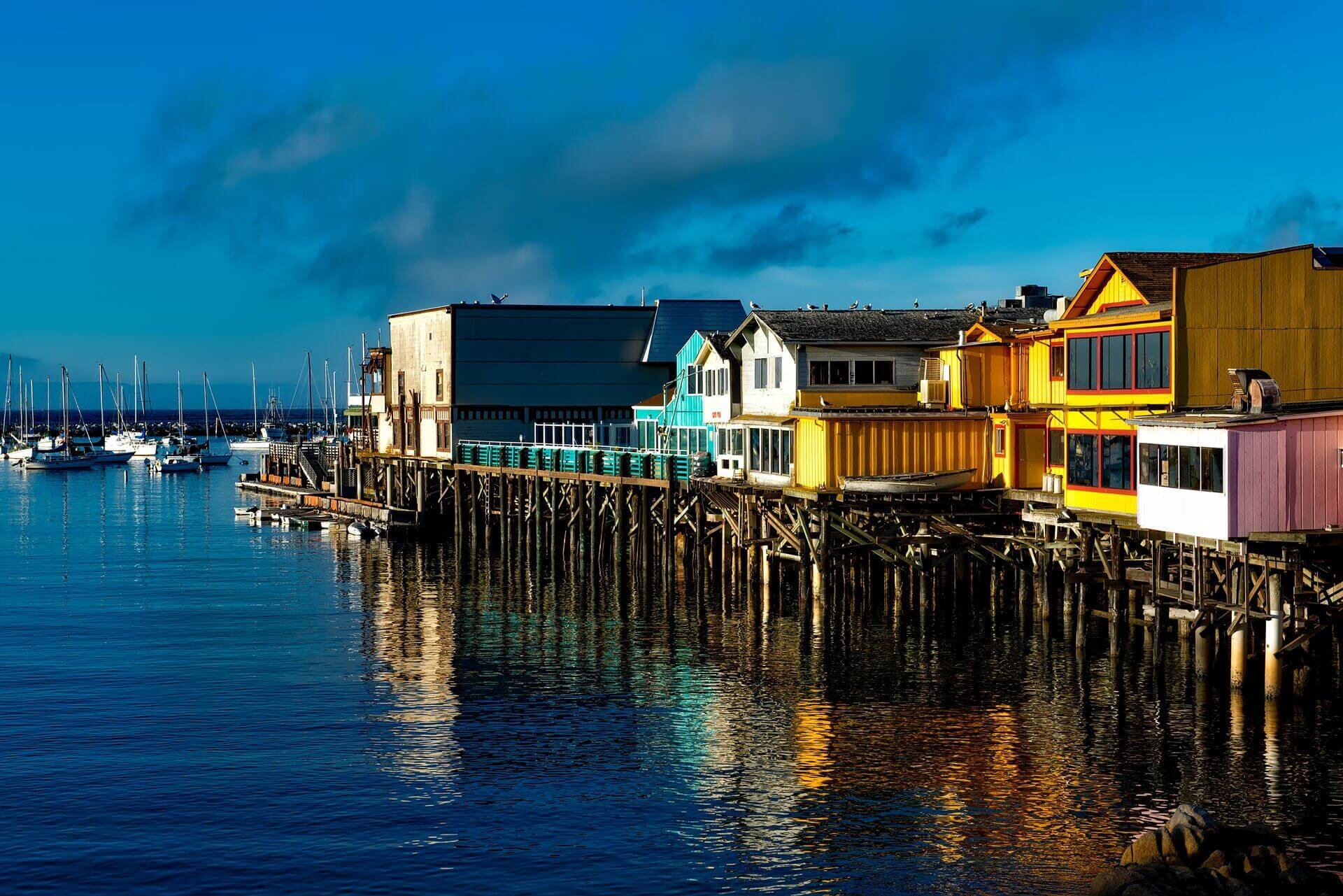 From the days of the Gold Rush until the turn of the 20th century, the San Francisco fishing fleet of lateen-rigged sailboats were copies of the craft the Italian fishermen knew in the old country. Green was the prevailing color of the tiny boats, and the name of a patron saint appeared on the hull.

Fishermen used to get their news about the weather from nature instead of a radio or television report. If the moon was in the east, the tide was coming in; or if in the west, the tide was flowing out the Golden Gate. A circle around the moon meant rain. Porpoises playing around the boat indicated a bad wind was brewing.

In 2010, a $15,000,000 development plan was proposed by city officials hoping to revitalize its appearance for tourists, and to reverse the area’s downward trend in popularity among San Francisco residents, who have shunned the locale over the years. Typically, San Francisco Residents only visit the wharf if they are showing out of town guests the area. 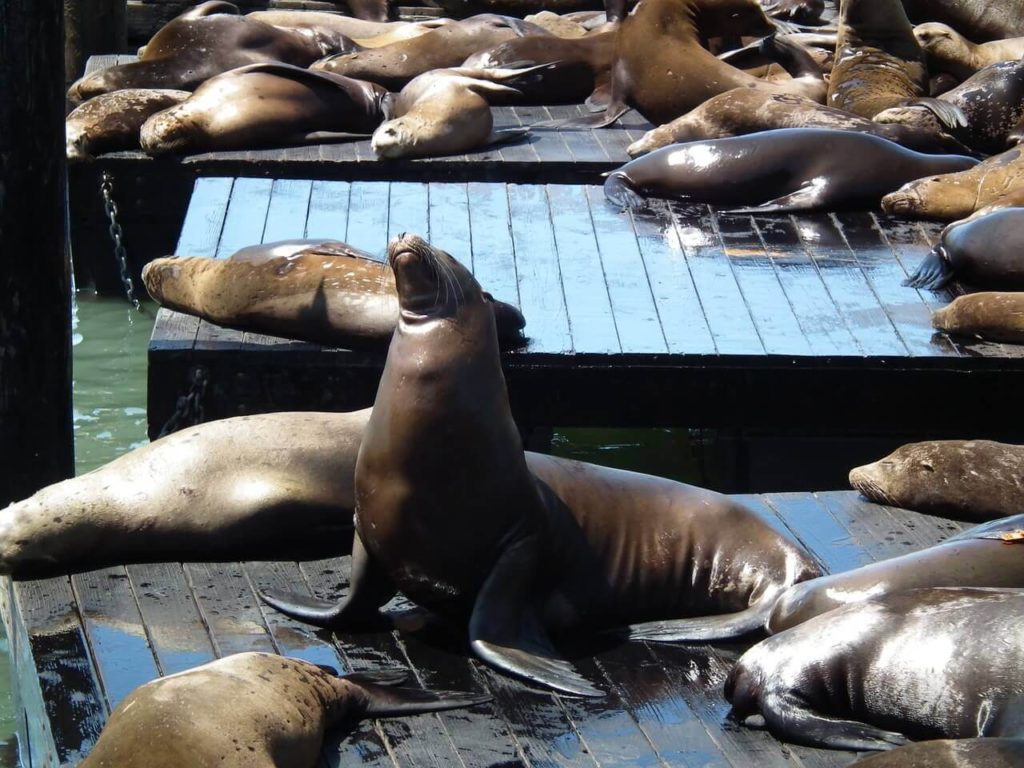 There is a sea lion colony next to Pier 39. They “took-up” residence months before the Loma Prieta earthquake in 1989. The sea lions lie on wooden docks that were originally used for docking boats. 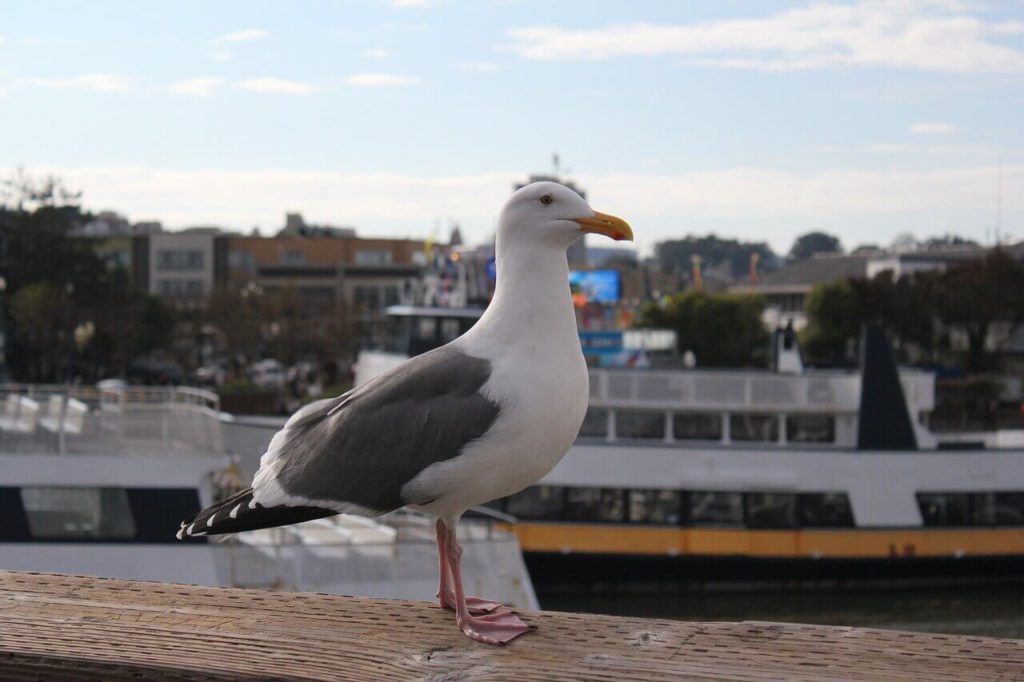 When you’re walking around eating your In & Out Burger, Crab or Sourdough Bread Bowl always watch out for the birds! They will take your food right out of your hands! They’re very clever & sometimes work in teams to fool unsuspecting tourists!

Want to learn more about the wharf? Join one of our fun & informative tours!